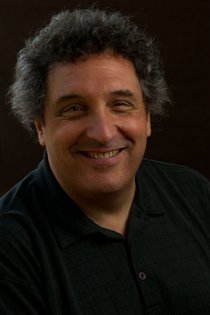 I've been working as an advertising representative for Connection Newspapers since February 1997. I responded to an ad in the newspaper, of course. The edition for which I am primarily responsible is the Potomac Almanac, although I can place ads in any of our other 14 newspapers. In addition, I have written a weekly, award-winning, column going on nearly 14 years, as of December 2011.

"Thoughtful humor and insightful commentary" and "Everything in general about nothing in particular" are two characterizations with which I am most comfortable.

Born in Brookline, Mass., I remain a loyal Boston sports fan, committed (or rather should be) and loyal member of Red Sox Nation. To set foot on the hallowed grounds of Fenway Park would be an experience I'd spend the rest of my life cherishing. I remember exactly where I was when Carlton Fisk hit his game-winning home run in game six of the 1975 World Series.

Opinion: Column: A Question of Time

Let us presume, for the sake of this column, that I only have papillary thyroid cancer stage IV, and that my years as a non small cell lung cancer patient, also stage IV, are over.

As my brother, Richard, has often said: "If the oncologist is happy, then I'm happy."

...to get a second opinion about one's first cancer; especially if there's now a second cancer to consider.

What I'm thinking about – and being thankful for, today, is the disappearance of all the side effects I've been experiencing during the last four weeks or so since I began my pill regimen for my papillary thyroid cancer treatment.

Opinion: Column: “And Awaaay We Go!”

As Jackie Gleason would say as he segued from his monologue into the sketch comedy that followed on his Saturday night entertainment hour on CBS.

Opinion: Column: An Update About Some Down Time

Not that I want to give you a blow-by-blow concerning my treatment switch over to thyroid cancer from lung cancer, but the last two columns were written four weeks ago in the same week in expectation of a weekend away, so these observations will be new-ish in that they will be hot off the press, so to speak.

Opinion: Column: And So It Continues

Two-plus weeks into my thyroid cancer treatment, all is as I anticipated.

Opinion: Column: And So It Begins